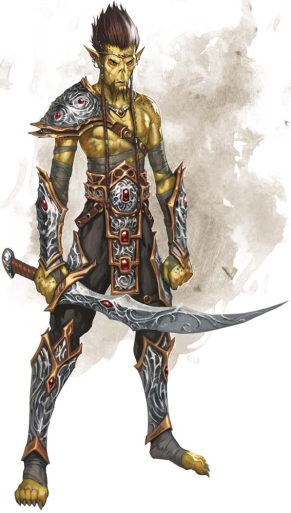 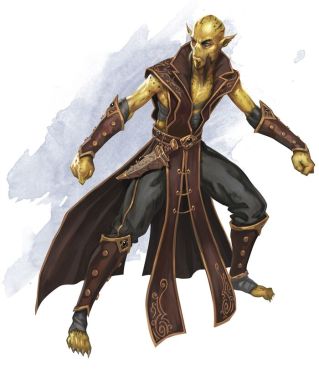 I have always loved the idea of an alien race that travels between dimension pillaging and taking what they want and offering zero apologies. To my surprise Dungeons & Dragons not only had something like this in 5e but the Gith have been around for far longer than I thought. Originally the Gith appeared in Fiend Folio 1st Edition as a race enslaved by the Mind Flayers and at some point in time a leader stepped up and she bolstered her people into rebellion and succeeded. She led her people through her own form of justice that some considered to be focused on revenge and violence. This led to a separation and creation of the astral pirates Githyanki and the psionic monks Githzerai.

If I had to pick a favorite it would be the Githyanki for the simple fact I started with. They are dimension hopping pirates. They sound like something out of Doctor Who and it’s just amazing. Both groups took fairly different paths; Githyanki reveled in close combat and magics that would allow them to efficiently dispatch enemies with their iconic silver weapons. They would even enlist the help of Red Dragons when scouting areas to attack. When facing Githyanki it is best to overwhelm with numbers and power because while they don’t tend to be HP heavy they are very good at dealing massive damage quickly.

Githzerai are a different story, they tend to keep to themselves to hone their psionic abilities that were forced upon them in a chaotic environment. Within their home of Limbo they are able to use their psychic powers to control the unruly terrain to their benefit creating sanctuaries for their people and those they call allies. Inversely Githzerai rarely venture out of their home plane. Rather creatures from other planes, typically the material plane, brave the planar travel and seek knowledge and tutelage from the monasteries the Githzerai build. When facing such an opponent it is important to keep in mind that while not as powerful as the average Mind Flayer, Githzerai have exceptional psionic powers accompanied by highly dextrous physical combat specialities.

Although both races diverged so long ago the name of the original race has been lost to time, each has mad an impact on the multiverse and they are fiercely protective of the culture built from their dark past. One thing is for certain, no matter how much they may hate each other, they will always hate Mind Flayers more.